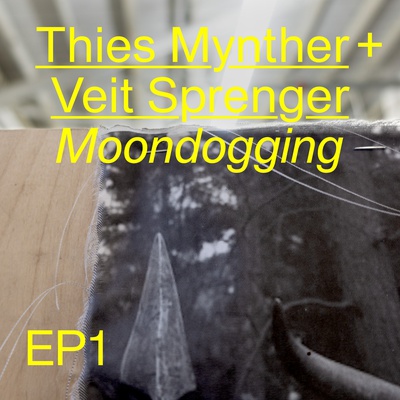 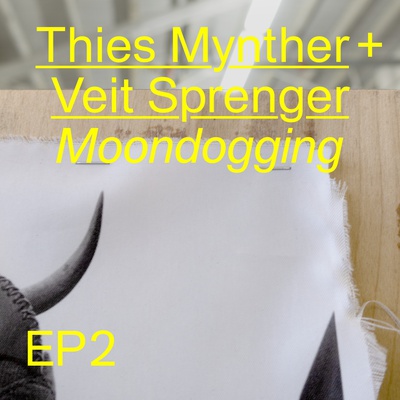 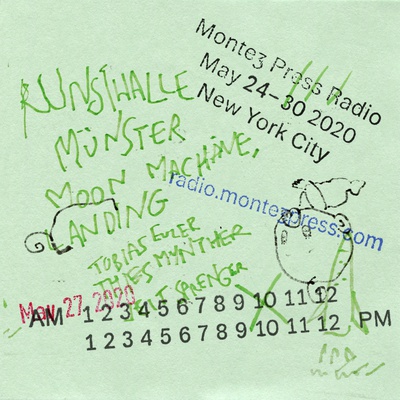 2019 was the 20th anniversary of the exceptional musician Moondog’s death (1916–1999). The blind composer, poet and music theorist was an important figure in the counterculture of the 1960s and -70s. Moondog, Viking of the 6th Avenue, active both in the USA and in Germany as a street artist, mobile poet and instrument maker, has exerted substantial influence on contemporary art until today. From the mid-1970s on, his nomadic lifestyle led the American artist first to Hamburg, then via Recklinghausen to Münster, where he lived until his death.

Departing from Moondog’s works, the composer Thies Mynther and theatre maker Veit Sprenger in collaboration with the visual artist Tobias Euler have created an interventionist music machine. The Moon Machine is a mobile sound system—a bricolage consisting of pneumatic instruments and mechatronic sound automats, sun shades, bugles and acoustic collision warning devices—being played by the two performers Mynther and Sprenger. The acoustic sculpture was first put into operation by the artists at the international festival Flurstücke in Münster in 2019. In the frame of the exhibition at the Kunsthalle Münster, the trio made up of Euler, Mynther and Sprenger is continuing the interdisciplinary project at the interface of music, theatre and visual art. The Kunsthalle thus transforms into a stage, the exhibition functions as a synesthetic spectacle. In the course of the show the Moon Machine evolves into an installation, throwing off tentacles and connecting with the space at the Kunsthalle. The individual instruments take centre stage as objects and can be examined in detail. In the absence of the two performers, the machine itself becomes an actor. Repeatedly sounding from the machine are a number of sequences the artists have created, picking up on never-played compositions from the late work of Moondog. The individual objects interact with one another much like an ensemble. In the multi-layered combination of sculpture and sound, the acoustic installation opens up new realms of perception.

Supplementing the Moon Machine, the Kunsthalle Münster presents exhibits from the estate of Louis Thomas Hardin (aka. Moondog) and several archives. The concept involves tracing back the artists unusual lifepath chronologically from its end—with a special focus on his days in Germany, where he lived from 1974 on. The musical installation and the archive material allow us a special encounter with the work of Moondog, who decisively influenced quite a few very different musicians such as T. Rex, Prefab Sprout, Antony and the Johnsons, Philip Glass, Steve Reich, Laurie Anderson, Frank Zappa or CocoRosie.

Tobias Euler (born 1977) studied the liberal arts at the Bauhaus University in Weimar, subsequent to his training as a wood sculptor and later as a graphic designer. His scope of activities includes graphic design, illustration, photography, interactive installations, mechatronics and music. In addition to various exhibitions Tobias Euler collaborated in theatre productions and developed scenography concepts, interactive sound objects and large-scale kinetic installations for productions of the theatre and performance group Showcase Beat Le Mot, the composer Santiago Blaum and the director Tom Wolter (Theater Hebel am Ufer, Schauspiel Frankfurt, Brut Wien, at the Residenz Theatre in Munich, FFT Düsseldorf and Gessnerallee in Zurich). In 2015 Tobias Euler founded the art and culture site Jonny Knüppel in Berlin Kreuzberg and, as the manager and chairman of the association, oversaw the cultural and political activities of the undertaking until April 2018.

Thies Mynther (born 1968) is a composer, copywriter, performer and producer. Since 1989 he has contributed to over a hundred album releases and played in more than a thousand concerts as a member of bands, such as Phantom/Ghost, Stella or Das Bierbeben and in collaboration with Miss Kittin, Chicks On Speed or Dillon. Since the early 2000s he has extended the focus of his activities to include sound design and compositions for films; since 2009 he has developed a new emphasis in the field of theatre. As a composer, musician, songwriter, musical director and performer, he has worked with a considerable number of directors, such as Nicolas Stemann, Sebastian Baumgarten, Bastian Kraft, Brit Bartkowiak and Josua Rösing, but also with performance groups like Showcase Beat Le Mot, where he got to know Veit Sprenger. He initiated cooperation projects with artists like Cosima von Bonin (as Phantom Ghost) or the Israeli producer/director Jason Danino Holt. He has worked, among others, at the theatres Schauspielhaus and Kampnagel in Hamburg, the Deutsche Theater, the Haus der Berliner Festspiele, the Academy of Arts and the HAU in Berlin. In 2018 he contributed the music to Sandra Trostel’s film All Creatures Welcome and, together with the artist Tellavision, produced her new album Add Land. In November, in collaboration with the director Josua Rösing, he will stage a version of Franz Kafka’s The Metamorphosis at the Moskow Vachtangov Theatre. After This Machine Kills – Hidden Tales of the Revolutionary Piano (Hebbel am Ufer, Berlin), Moondogging is his second independent music theatre production with Veit Sprenger.

Veit Sprenger (born 1967) is a theatre maker, author and producer who studied music in Hanover, medicine in Frankfurt a. M. and applied theatre sciences in Gießen. He is founding member of the theatre group Showcase Beat Le Mot, with whom he has produced theatre pieces, performances, art actions and music videos since 1998. To date he has produced more than forty theatre pieces, which were staged in sixteen different countries. He was a member of the team of artistic directors for the festival Agenda for Young Art in the Baltic Area, and of selection and prize juries, such as for the theatre festivals UNART, Impulse and Westwind. He has taught at universities among others in Berlin, Hamburg, Lübeck, Gießen, Zurich, Cologne, Oslo, Beijing, Athens/Ohio, New York, Stuttgart and Bern. In 2005 he published his book Despoten auf der Bühne – Die Inszenierung von Macht und ihre Abstürze (Despots on Stage – Staging Power and its Crashes). Since 2018, together with the composer Thies Mynther, he has been working on music theatre pieces under the label This Machine Kills.

Based on the production Moondogging. A coproduction by This Machine Kills and the Theater im Pumpenhaus Münster. Supported by the Fonds Darstellende Künste.

Guided Tour through the Exhibition Moon Machine, Landing. For People With and Without Visual Impairment

Moondog today. A conversation with Wolfgang Gnida about the work in the archive